It’s incredible how quickly things can change in the market.

In October, I posted a chart showing the laggards in the stock market relative to the leaders. 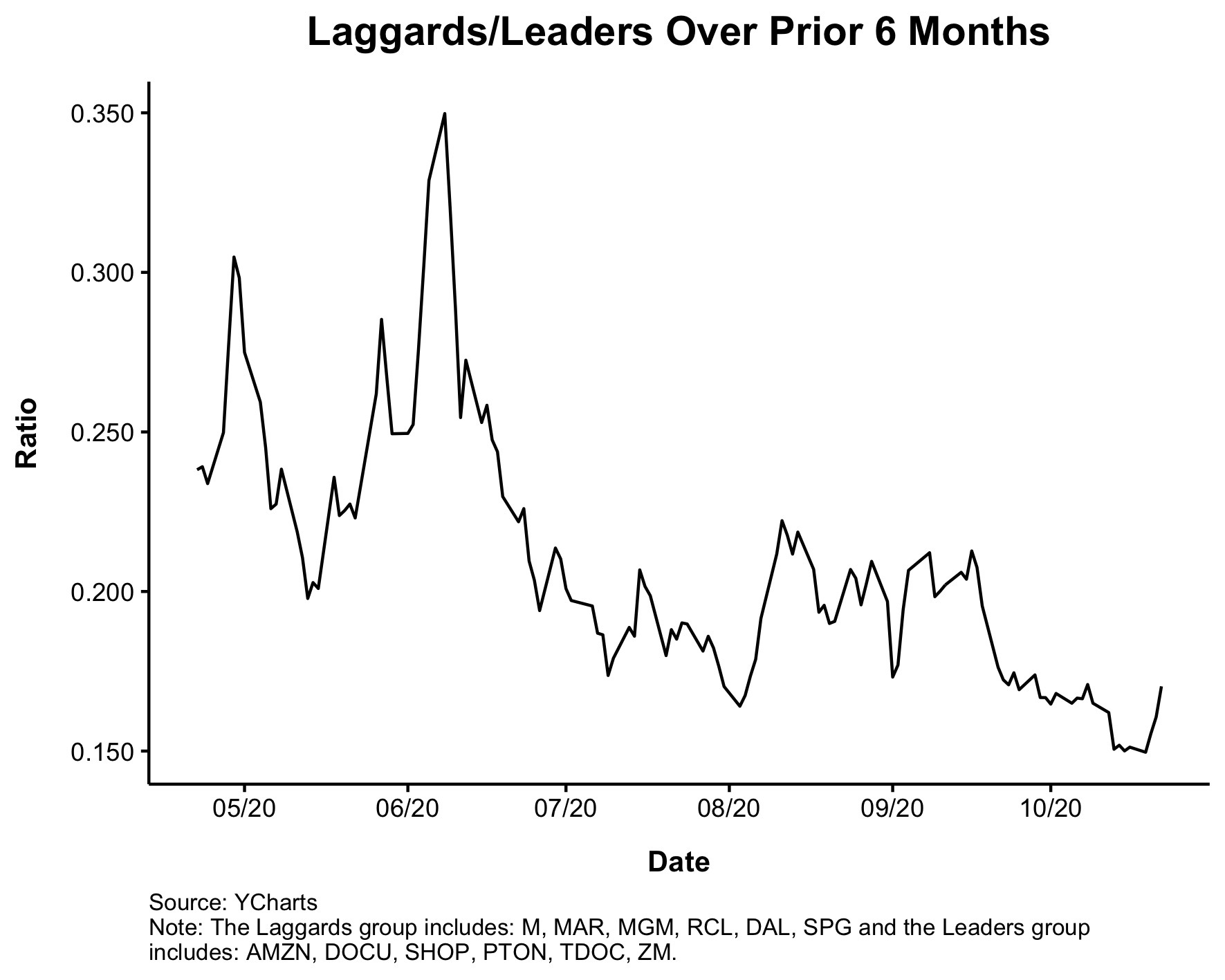 This is not the laggards first attempt to take the baton back from the leaders. None of the previous rallies stuck. Is this the one that finally does? I’ll tell you in two months.

Humblebrag, I know. Like you, I’m no fan of victory laps, but that’s not what this is. It’s not like I was buying these stocks hand over fist. I was merely asking the question, “would be the one that sticks?” It turns out it was. 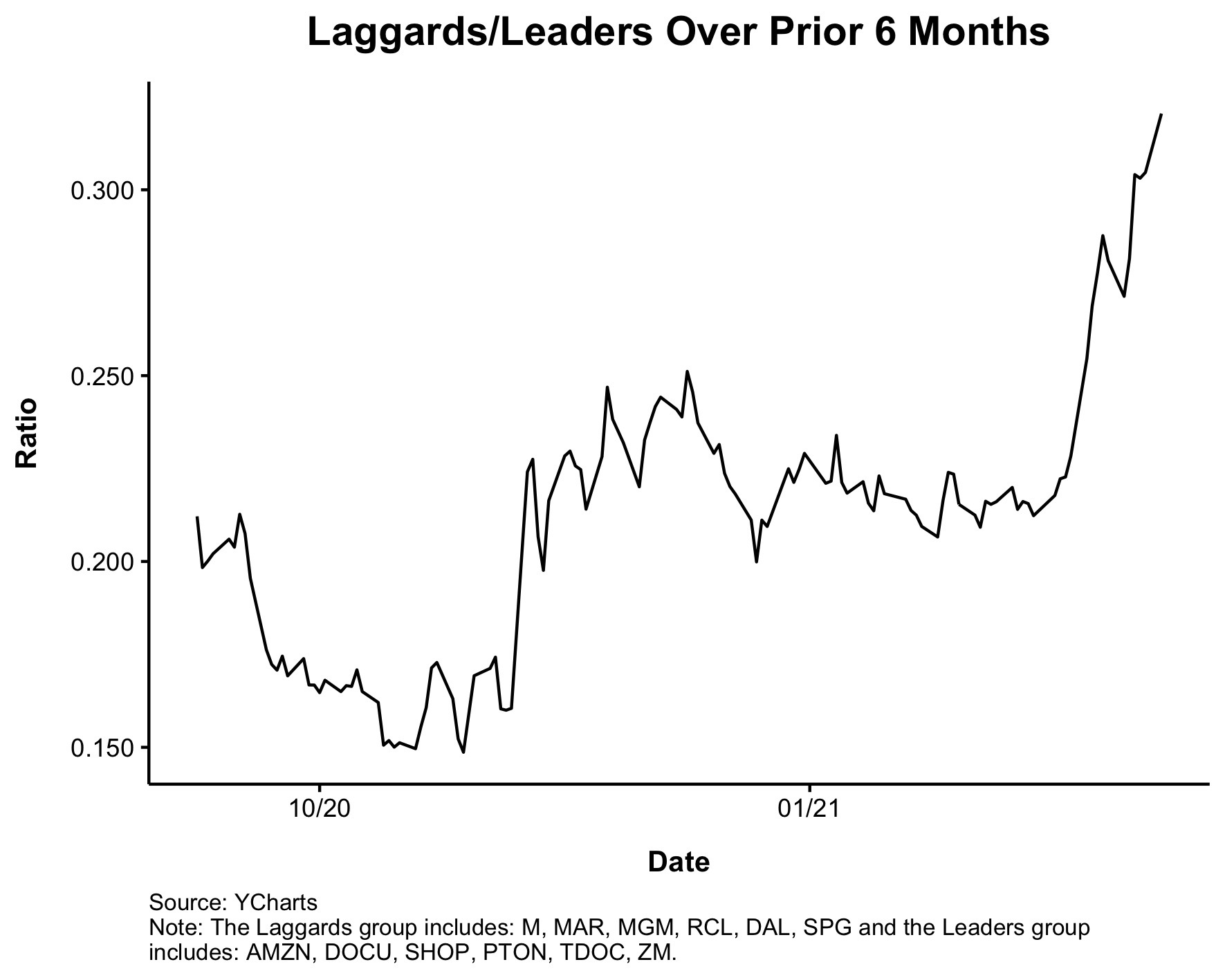 If you were stalking the value trade but were waiting for the coast to be clear, you probably felt like you missed the move. Regime shifts happen fast in the stock market. Especially today’s stock market.

Over the last 3 months:

The leaders are lagging, and the laggards are leading. First time long time.

Most of the time, a basket of value stocks will have both junk and quality. But sometimes, the boat leans harder to one side. A new post from Kevin Zatloukal breaks down how frequently value and quality overlap. 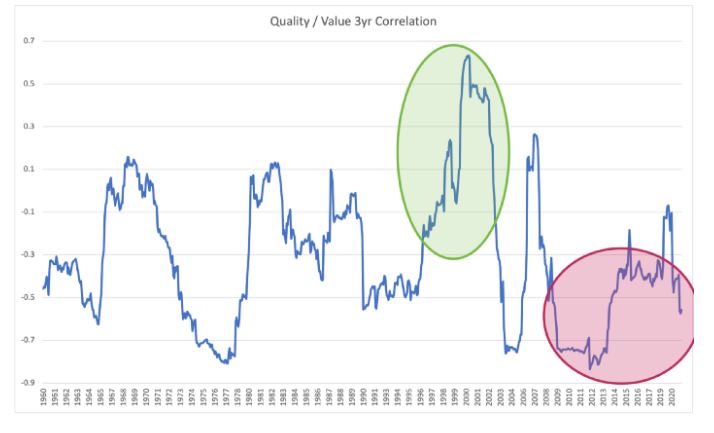 The period from 1997–2001 is the only period on record where the value factor had a strong tilt toward quality, rather than junk stocks. At the height of the dot-com bubble, the value portfolio had a sustained correlation of almost 50% with quality — something that had not happened before (going back to 1957) and has not happened since.

The dot-com bust is seen a triumph for value investing, and rightfully so, but we should also keep in mind how unusual that period was. Deep value investing was, at that time, able to buy high quality stocks at low multiples. That was a once-in-a-career occurrence

Outside of the dot-com bubble, investing in the basket of low multiple stocks meant buying more junk than quality.

I’d never seen it framed this way, but it was one of those rare ah-hah moments for me. Ooooh, so that’s why value did so well when the dot-com bubble blew up. High quality at deep value levels isn’t something you see every day.

So, where do we stand today? How much more room do today’s value stocks have to run?

Cliff Asness wrote a post last March called “Is (Systematic) Value Investing Dead? That post aged like a diaper in the short-term, but a fine-wine in the year since he published it. At the time, he pointed out that by every value metric possible, value was either ridiculously cheap or literally cheaper than it’s ever been, relative to growth. 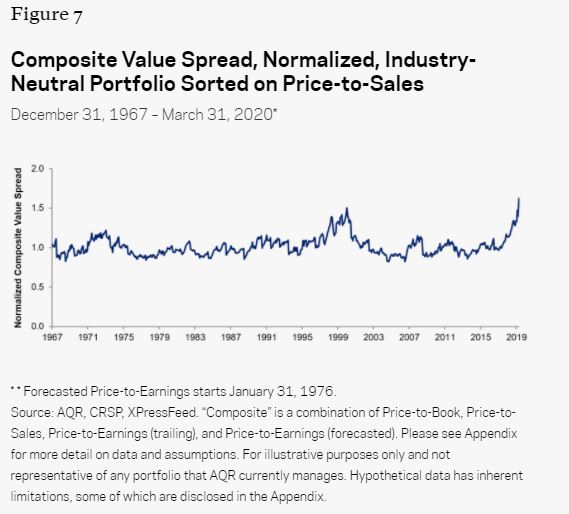 I don’t know where spreads stand today, but I imagine that even though they’ve come in a little, there’s probably still room for them to come in a lot more.

This next chart shows the days where the Russell 2000 Value Index gained at least 1%, and the Nasdaq-100 fell 1%. The last time we saw them cluster like this was in the aftermath of the dot-com bubble. This doesn’t guarantee today will have a similar value renaissance, but I thought it was interesting nonetheless. 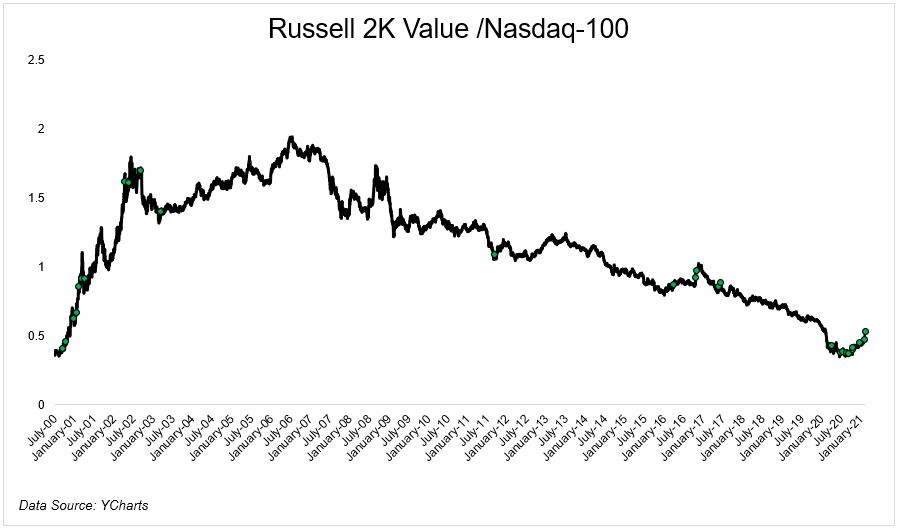 Value stocks are now on momentum’s radar. According to @WarrenPies, momentum funds will enter the highest turnover period ever this month. Financials and energy will be bought. Tech and healthcare will be sold.

I want to throw out one more possibility that I don’t necessarily believe, but just for fun. What if this is the mother of all head fakes? What if this is a countertrend rally, albeit a massive one, that is about to run its course. Again, I don’t believe this, but do you know a single person who’s in this camp? Me either.

I can’t wait to see how this plays out.