From 2010 to 2017, the outperformance of growth over value was driven almost entirely by fundamentals. Over the past few years, however, the lead widened almost entirely due to investor enthusiasm.

From Michael Cembalest and the team at J.P. Morgan

From 2010 to 2017, relative P/E multiples were stable even as growth outperformed value. This reflects a growth stock rally that was driven by much faster earnings growth. In other words, growth outperformed value for a good reason from 2010 to 2017: investors paid for faster earnings growth. Then, relative multiples collapsed as investors discarded the discipline they had been imposing: since 2017, value multiples actually rose from 15.7 to 17.2 while growth multiples ballooned from 19.5 to a staggering 33.7. 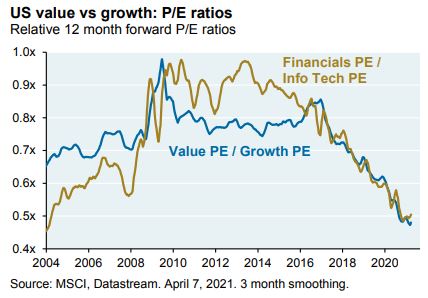 Even though value has done well on an absolute basis since the bottom, it still has a long way to go to catch up with growth. 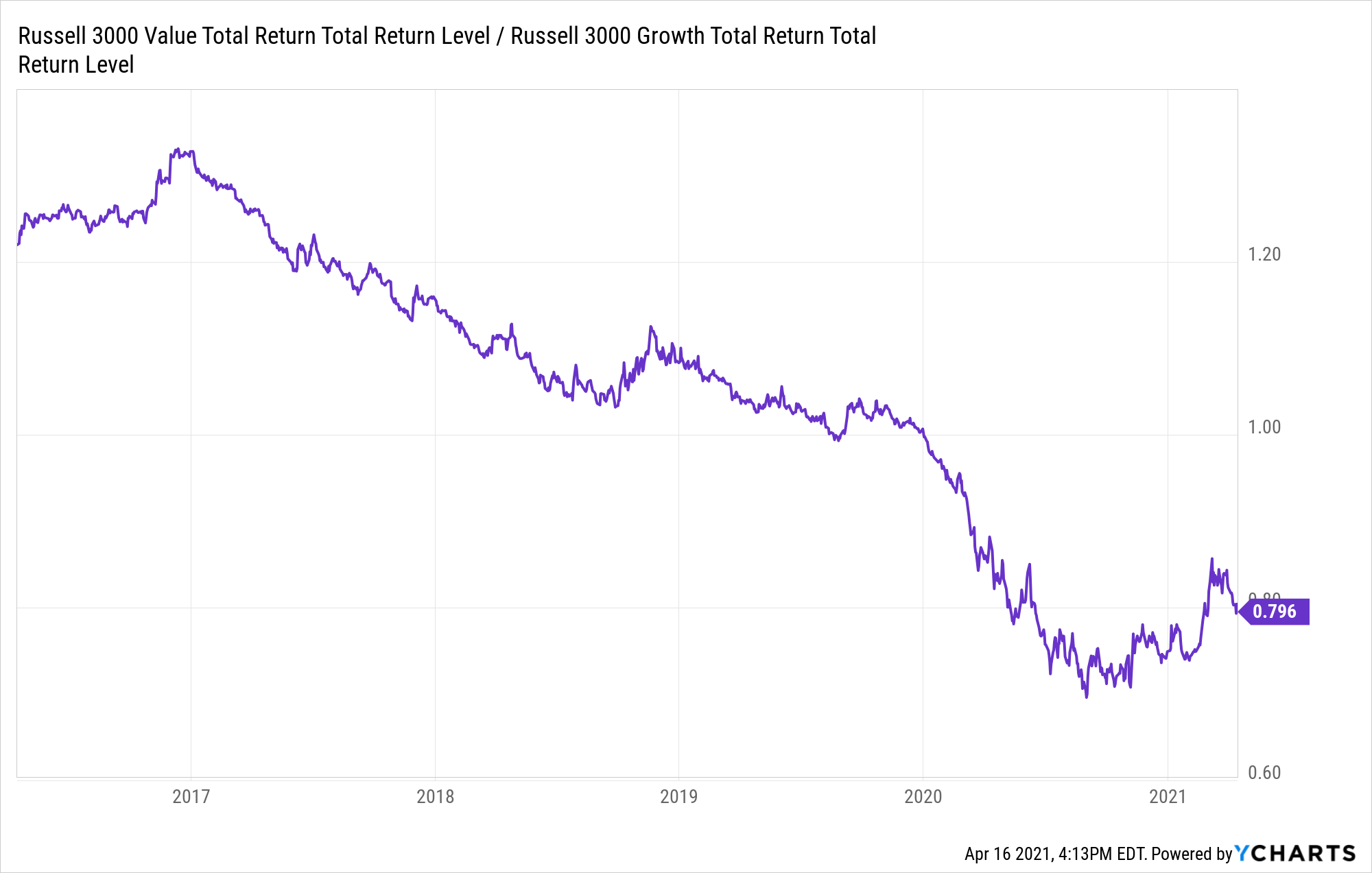 Cembalest and his team get into this and more in their latest guide to the markets. Hit the link below.