For ARKK investors, these last 3 months have been about as bad as it’s ever gotten. The fund, which dominated all the headlines over the last year, is more than 30% below its all-time high. 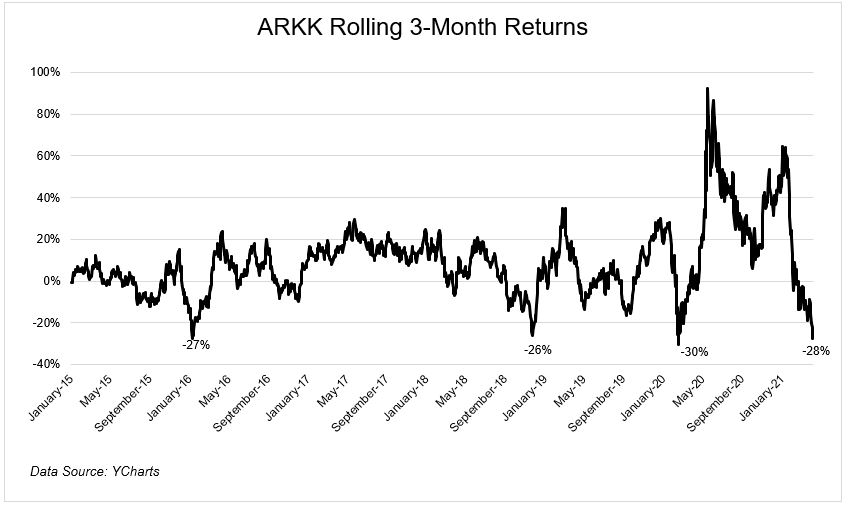 Despite this drop, investors in aggregate have done more than okay. This chart from George Pearkes tells the story. 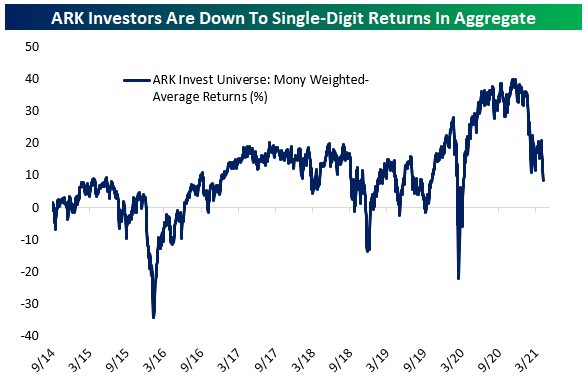 And now for the coup de grâce. ARKK has seen inflows from retail investors for 109 of the last 110 days. I can’t tell you how this data is calculated, but it comes from a really neat service called Vanda Track, which figured out a way to isolate retail flows. Looking at data from ETF.com, it appears that retail is a small portion of overall flows. 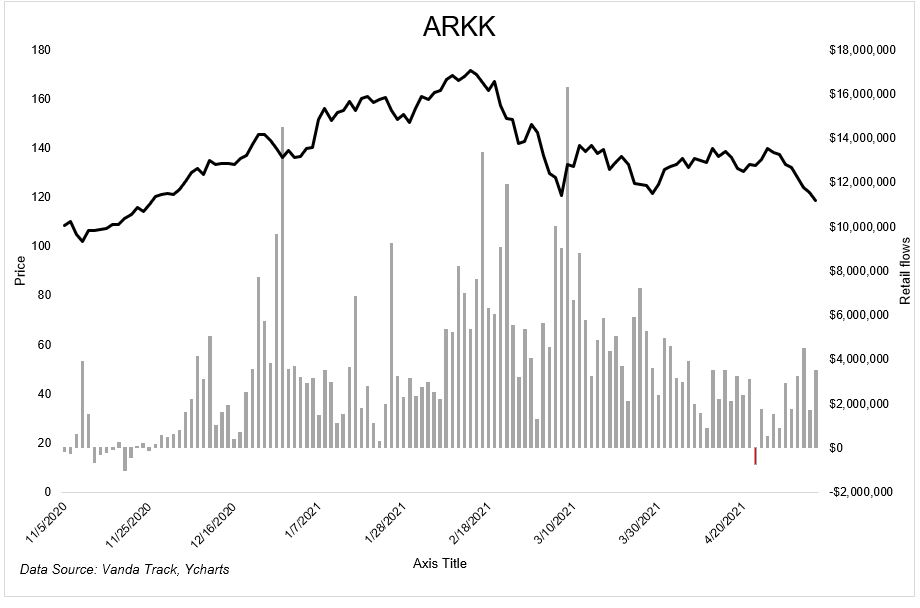 It’s going to take a little more pain to shake investor’s confidence. Maybe it’s a 50% drawdown. Or maybe it’s a few years of underperformance. I don’t know where that line is, but it doesn’t seem like it’s particularly close.