Let’s travel back in time to June 2014. The Cleveland Cavaliers had just made Andrew Wiggins the first overall pick. “Fancy” by Iggy Azalea was the #1 song on the charts. The fourth Transformers movie, the one with Mark Wahlberg, was the blockbuster movie of the summer. And the CAPE ratio hit 25 for just the third time in the last hundred years.

A lot was made of this arbitrary number at the time. Coming off a 32% gain in the previous year, which was the highest calendar-year return since 1997, caution was warranted. Some people were calling for a crash. Others were telling investors to expect lower returns going forward. Both were wrong.

Valuations have historically been a decent predictor of forward returns, as you can see in the chart below. 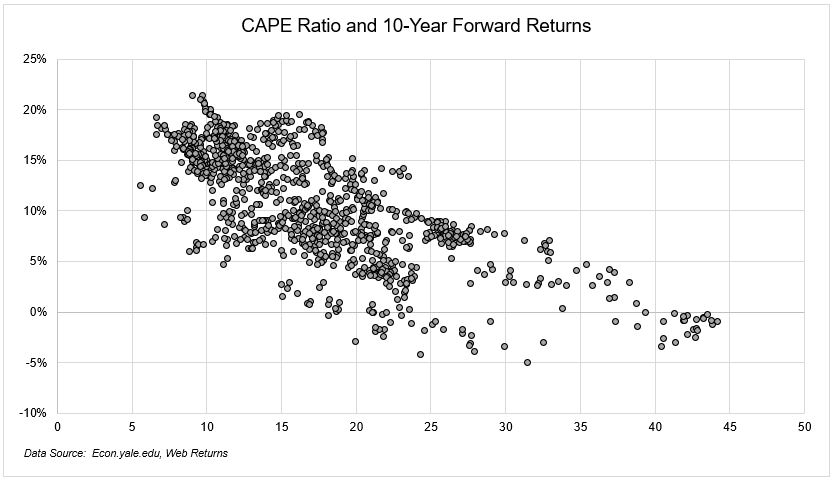 I’ve been writing for years about how the average CAPE ratio has been rising over time, which you can see below in red. In the GFC, the CAPE got below its average for about a minute. In the March 2020 bear market, when the S&P 500 lost 34%, the Cape fell below 25 for a second. In the 377 months since 1990, the CAPE has been above its long-term average for 367 of them, or 97% of the time. Historical averages should be taken with a grain of salt. 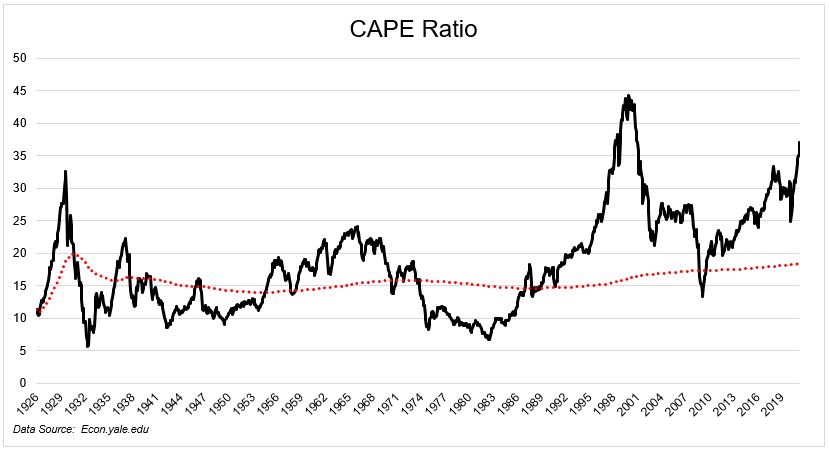 The good news is that the market hasn’t cared about a flashing yellow light from the CAPE ratio for many years. The bad news is valuations do matter, and we’re approaching red. I don’t care how you measure things, 37 on the CAPE is a high freakn number. If you’re expecting the next ten years worth of returns to look like the last ten, you are going to be severely disappointed.

I’d love to be wrong here, but at some point, this stuff matters.

The lesson of the last 7 years is that lowering your expectations makes a lot more sense than making wholesale changes to your portfolio. Battening down the hatches for a storm that never comes is no way to build a portfolio. Hope for the best, mentally prepare for the worst.