The S&P 500 is not the stock market. Well, technically it is. But since the index is weighted by company size, looking at it in isolation can provide an incomplete picture as to what’s happening at the individual company level.

In a cap-weighted index, and this would never happen, but the 50 smallest companies could double in size overnight and that would provide a modest 2.2% bump to the index.

Using real numbers, at yesterday’s closing price, the S&P 500 was 98 bps below its all-time high. But the median stock in the index was down 8%. And 90 stocks are in a 20% drawdown. None of that is apparent by looking at “the stock market,” as my friend JC Parets likes to point out.

I hadn’t thought about this take until yesterday.

Yea. But we know that. It’s just math.

And then I had an idea. I asked my trusted data wizard, Nick Maggiulli, to run the numbers. He went back to December 2019 with this data and looked at the percentage of Russell 3000 stocks that peaked by month. Given that the stock market indexes are much higher today than they were back in February, it makes sense that an overwhelming amount of stocks made new highs this month along with the index. 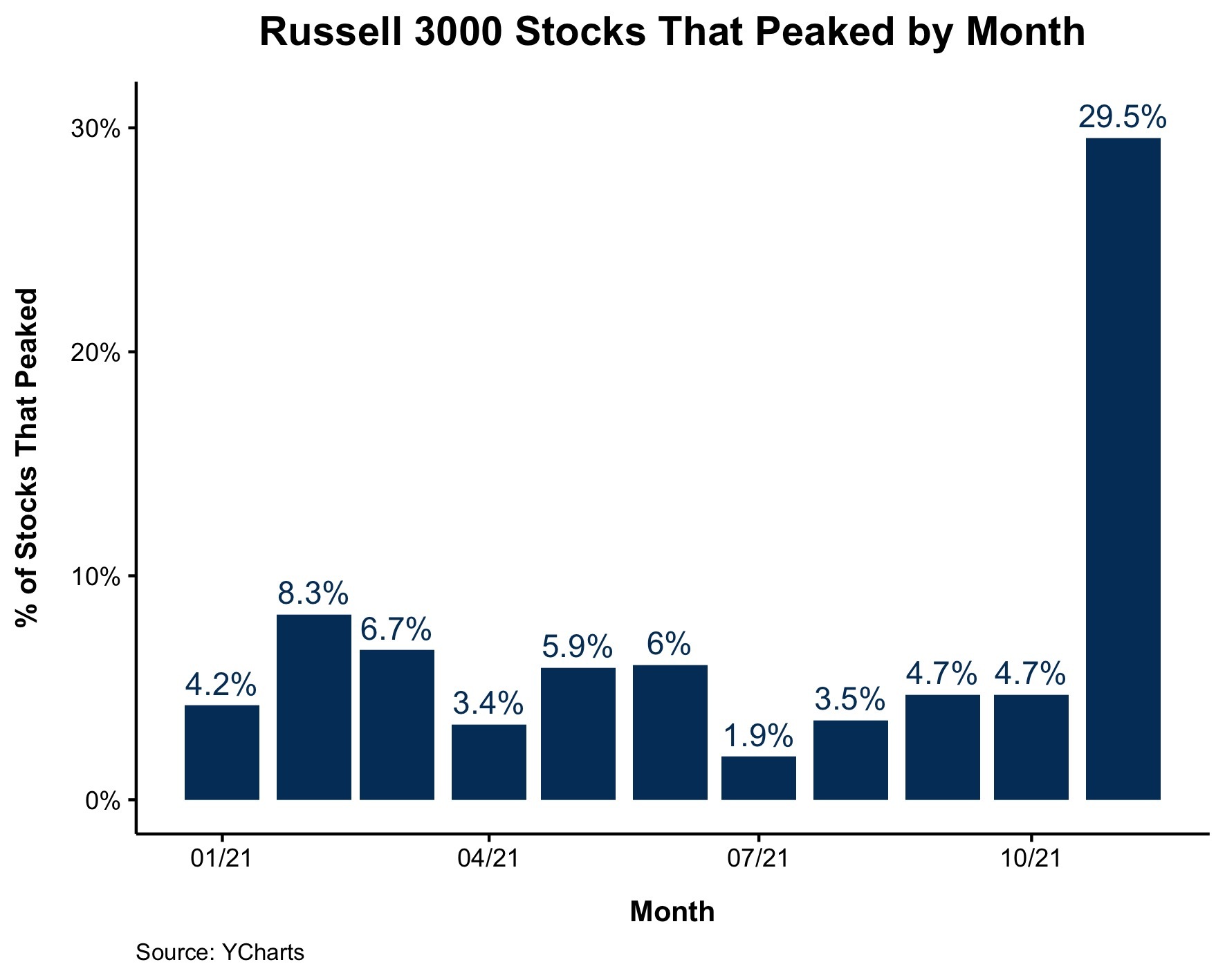 But this chart isn’t fair to JC, who came on the show during the first week of August. And in his defense, as the chart above shows, February had the second-highest reading of stocks that peaked. And one more defense of JC, even though he’s wrong, is that I believe he said investor sentiment peaked in February, which is a different conversation.

Looking at the chart above, I thought, wait a minute, what did that look like in August when he came on? Would that change things? So I had Nick run the same chart through July, and I was surprised to see that the majority of stocks were making new highs in July. Which makes perfect sense because the stock market (and the market of stocks) was also making new highs. 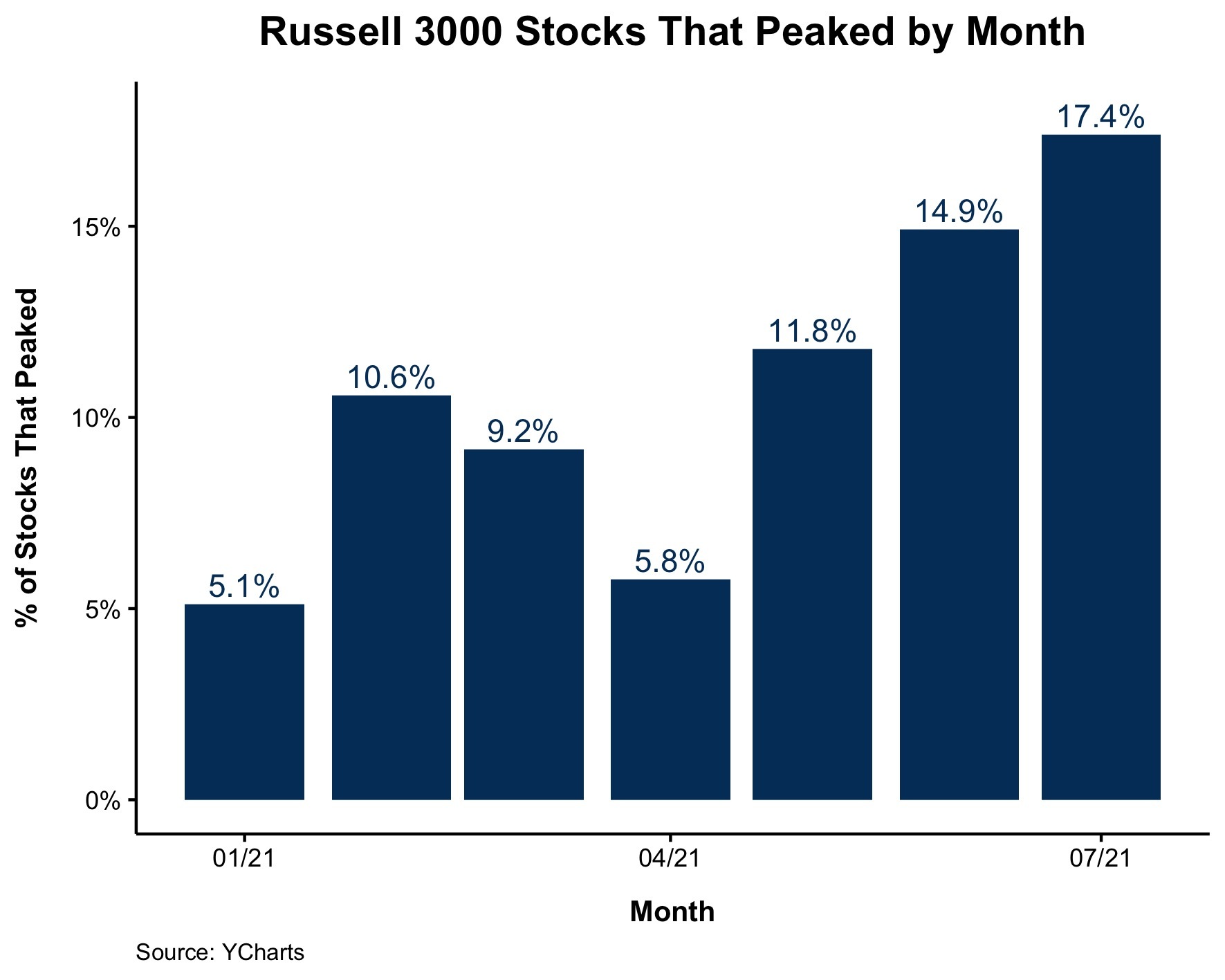 I got into this and much more on tonight’s What Are Your Thoughts?