I have a new favorite writer. His name is Kai Wu. If you’re not reading his research, do yourself a favor and get subscribed. Kai spent 5 years at GMO, co-founded and managed a quantitative hedge fund for another 5 years, and for the last few years has been building Sparkline Capital, an investment management firm using machine learning to uncover alpha in unstructured data sets.

One of the reasons why traditional value investing has struggled over the past few years is because the way it measures a business is incomplete. It relies on things that show up on a financial statement like revenue or PP&E. But a lot of value accrues off the balance sheet. This is what Kai focuses on. Getting a more complete picture of the value of a company by quantifying intangibles; Brand equity, human capital, intellectual property, and network effects.

Intangibles have been growing in importance over time as the economy has transitioned from tangible industries (railroads) to asset-light networks (Google). 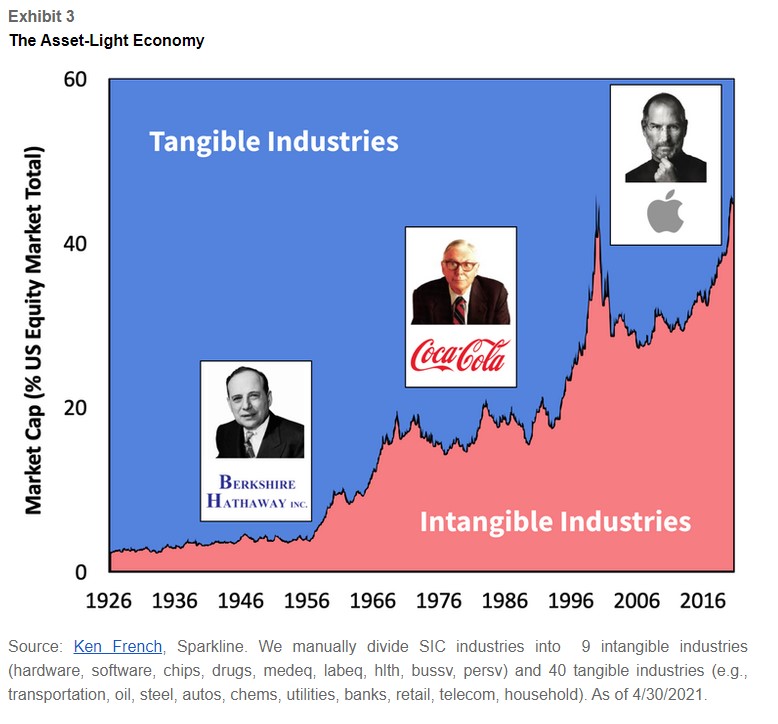 This insight is one of the main reasons why I’ve been adamant that comparing 2022’s S&P 500 to the one from 1950 makes no sense whatsoever.

In a post called Intangible Value Kai decomposes the balance sheet of different sectors and intuitively, what he found makes sense. Technology, which represents the largest sector in the index, has very few tangible assets on its balance sheet. It’s dominated by IP and human capital. Materials, all the way on the other end of the spectrum, has no network effects to speak of. The more Aluminium Alcoa produces, the more people show up to buy it, and the more people show up to buy it, oh wait, not that’s not how this works. Alcoa aims to produce only as much as people are willing to buy. No more, no less. 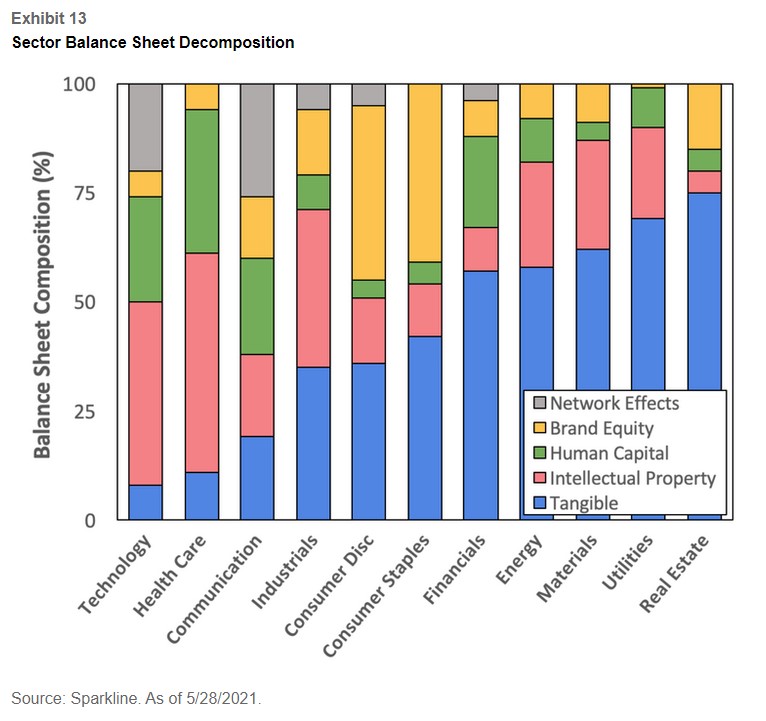 To learn more about how you can invest based on Kai’s insights, check out his Intangible Value ETF (obviously, obviously not investment advice).

Kai’s ability to use machine learning and AI to quantify intangibles allows him to transport his ability to other areas of investing, like crypto, for example. His latest piece, A Value Investor’s Guide to Web3 reconstructs crypto like I’ve never seen before. It’s not available for public consumption yet, so I’ll give a little tease.

For people who aren’t spending their morning and night in crypto, the whole thing can be very overwhelming. It’s almost impossible for a layman to get educated.*  And for the 99% of the world who don’t know anything about a blockchain, all they see is hype and nonsense; Million dollar JPEGS, meme coins, and promoters.

But there’s a lot of substance behind the noise. The number of daily active users and transactions across all blockchains has increased at a 30% and 37% compound annual growth rate (CAGR) since 2014. Intangibles are growing even faster. 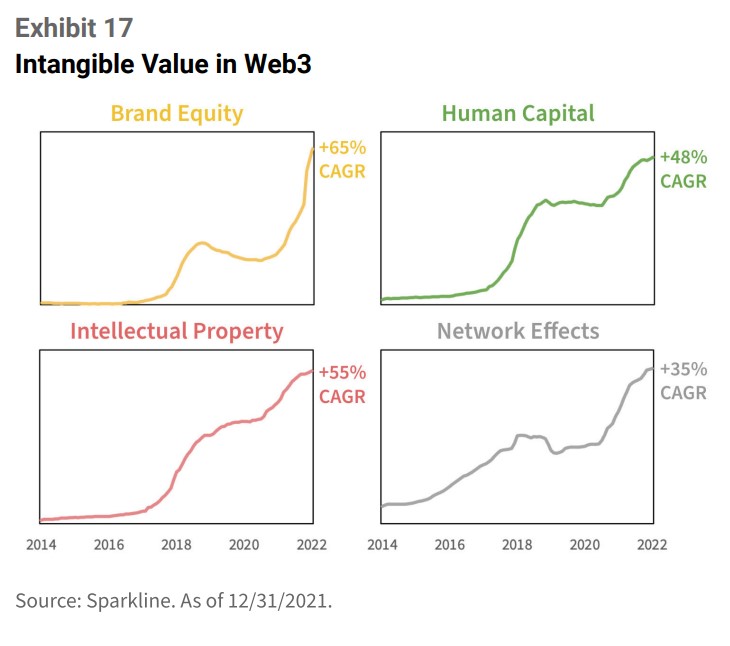 One of the neat things about crypto is that it’s all open-source, unlike publicly traded companies, which don’t have to disclose everything. Employee turnover might be a good proxy for company culture, but good luck finding that. In crypto, everything is right there out in the open. Kai created a strategy that buys the top 15% of tokens based on his intangible framework. The backtest, which should obviously be taken with a chain of salt, outperformed the market by 40% a year since the summer of 2017. The output is below. 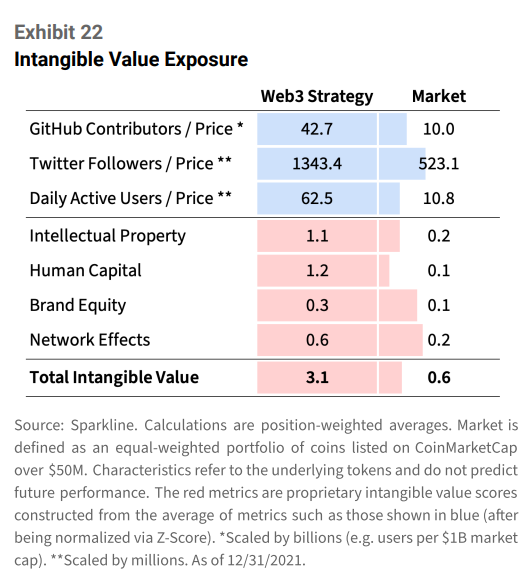 I’m excited for Kai to share this piece, and I’m excited for you to listen to the conversation we had with him on The Compound and Friends. We spoke for 90 minutes and I feel like we could have gone another 90. We’ll definitely have Kai back on in the future. Hope you all enjoy and have a nice weekend away from the market.

*It’s definitely not impossible, but it requires a massive time commitment.