Are you struggling to come up with the bull case right now? Finding reasons to be optimistic is a challenge that never goes away.

I remember when the Roosevelt Raceway theater came to Long Island in 1995. I was ten years old when it felt like Disney World opened up in my backyard. 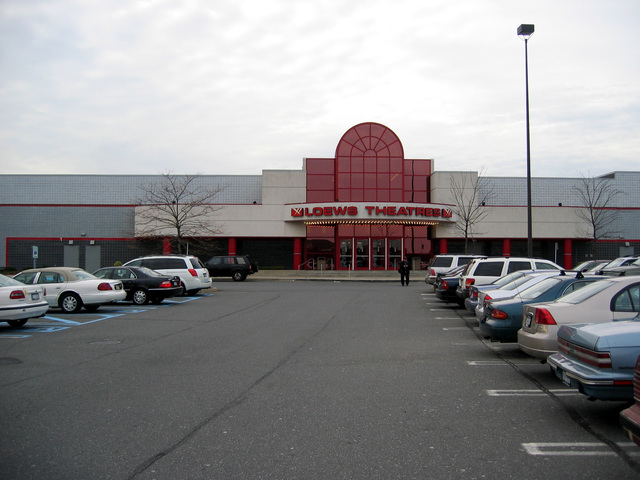 This state-of-the-art cineplex was home to arcade games and a couple of big screen TVs that would run coming attractions on repeat. It doesn’t sound like much, but it was awesome at the time.

This place was always packed. As a small child with little legs, it felt like the parking lot stretched for miles. I passed by it the other day and it hit me in the face that this theater is a shell of its former self.

A new movie from the Predator family opened up this weekend, but not on the big screen. The last iteration of this saga, which came out in 2018 and stunk, cost $88 million. I’m guessing Hulu paid a similar price to produce this one. And despite the hefty price tag, this kick-ass action movie, which was made for a 100-foot screen, is only available to Hulu subscribers who can stream it on their 5-foot screen.

When I was a child, movies were in theaters for months and wouldn’t be available to rent until a year later. I would never have predicted that they would one day skip theaters altogether and open directly on your TV! That’s because I couldn’t have predicted high-speed internet. Or Netflix. Or computers on your phone. Or FaceTime. Or social networks. The future is a long list of things we can’t predict.

If we know that bad times are temporary and progress is undefeated, why is it so hard to stay invested when stocks fall? I buy the argument that there are some evolutionary things going on in our genetic makeup. Better to run first and ask questions later. But if we put that to the side for a moment, a modern answer is because we’re surrounded by bad news all the time. Bad news are events and good news is progress. And that’s about all there is to it. Computer chips. GPS. Google maps. Waze. Uber. DoorDash. Or something like that. Nothing starts out amazing. Things just slowly get better and better, and incremental improvements don’t make the front pages. Gradual improvements go unnoticed.

I was thinking about this contradiction of knowing the future will look better than the past but also being bearish about tomorrow while listening to a recent episode of Invest Like the Best. Patrick O’Shaughnessy asked William Thorndike about how he adjusts his thinking to a complicated world where high variance is the norm. He said:

I think the world, it’s more unpredictable than it’s ever been. I mean, my general approach, Patrick, on this is I just fundamentally don’t believe I have any edge in thinking about macro topics whatsoever. It’s just too complicated. And I’m almost always bearish and I’ve actually never been more bearish than I am right now, but honestly, I don’t let that affect my investing behavior, fortunately. It’s a daunting list of secular problems that we face at the moment. That being said, I think if you just focus on the quantitative outputs of all that uncertainty, it’s inflation and interest rates that are most likely to hit us as investors, and there are other things. But it’ll evidence itself to a degree and those things.

So, thinking then about it that way, it’s sort of like, what businesses do you want to be in if bad things happen in those two areas, high inflation, high interest rates? But you want to be in businesses that have pricing power, that are not capital intensive. I don’t mean to diminish it by saying that, but really, no kidding, those are the two most important attributes in a business if you’re heading into an environment like that. And I think the businesses we’re talking about are relatively well set up for those contingencies. Not that they won’t suffer in an economic downturn, but I think they’ll be relatively well positioned and relative to other businesses for those sorts of environments. But it’s scary.

Patrick: Why do you think you’re always bearish? What is it that for a long time has made you bearish?

Will: It’s really hard to make the bullish case, at least it is for me. They’re always daunting… In the background, there is the warming of the climate, and there’s secular trends that are inarguable. I really just tune it out and don’t let it affect my investing behavior. I mean, I’m as busy now as I’ve ever been, looking at new investments. And if I did, looking back in hindsight, thank goodness, I haven’t let it influence my investing behavior. Collectively, I put it in the two hard buckets, so it worries me. It worries me, but I have no ability to control it or impact it. I try to put it to the side and focus on the company’s company by company.

One of the most common mistakes that investors make is being too bearish. Sure, people get burned using leverage, but mostly the opposite is true. People hold too much cash or sell on the way down or something like this. Unfortunately, we’re predisposed to be cautious. We’re more likely to believe a scary story than an optimistic one.

Bad things happen all the time, and it’s easy to get caught up in a cycle of bad and getting worse. But if you want to be a successful investor and a happier person, you need to break free from the shackles of pessimism. Things get better over time, even if you don’t see progress every day.