Back in March I wrote about how we had just entered the fastest bear market ever. 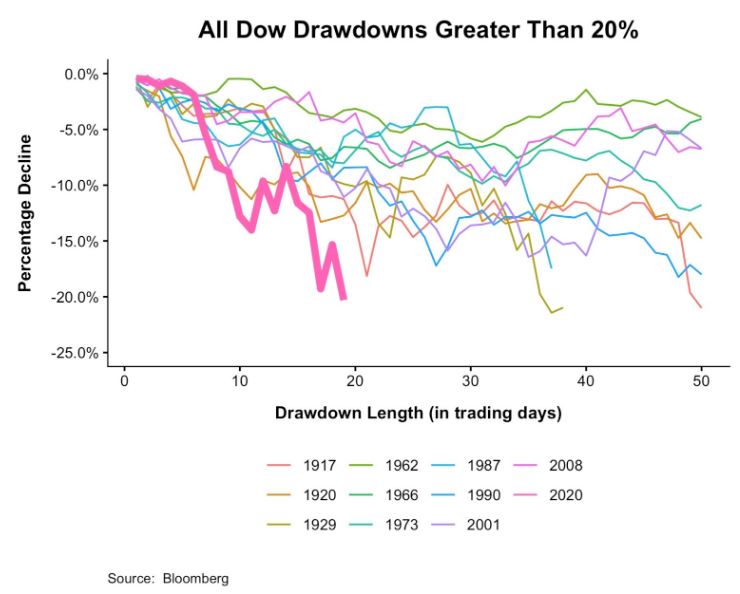 Not in my wildest dreams did I expect that just 91 days later, the opposite would occur. 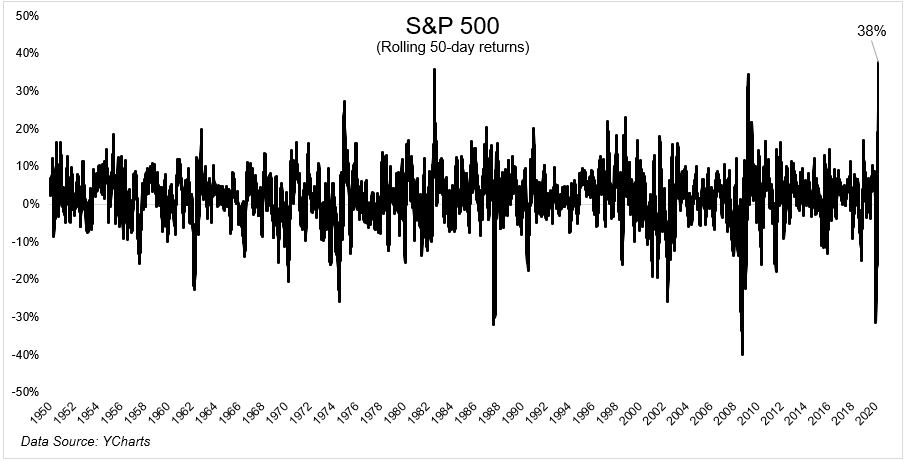 This is the fastest stock market I’ve ever seen, which has made for a wild journey for investors holding a balanced portfolio.

If you began the year in 60% stocks and 40% bonds, that mix moved sharply to ~50/50 on March 23rd. Assuming you nailed the bottom and rebalanced on that day, the mix is now 67% stocks and 33% bonds, as you can see in the chart below! Had you done nothing at all, the mix is now 59% stocks, 41% bonds, basically back to where you started.

On March 29th I did a deep dive into rebalancing. The TL:DR is that you’re not going to perfectly time them, and even if you do, the end result wouldn’t be nearly as large as you might think. The chart below, which shows a perfectly timed rebalance in 2020 versus no rebalance at all is further evidence of this.

There are a lot of lessons that investors can take away from one of the craziest years ever in the stock market. One that stands out is that just staying on the course is more important than perfecting the journey.