Let’s rewind the clock for 24 hours. DoorDash had just sold shares in its IPO at $102, above the $90-$95 expected range. Now let’s come back to today. The stock opens at…$182, giving it a market cap of $69.6 billion. That vaulted it ahead of names like Chubb, Sherwin-Williams, CME Group, and General Motors, to name a few.

Young companies have crushed it in their early existence as public entities. I want to point your attention to the Renaissance IPO ETF as exhibit A. Until recently, this fund received very little attention from the media and investors alike. It began the year with $40 million in assets. It’s going to end it north of $500 million. A triple-digit annual return has everybody’s attention now. 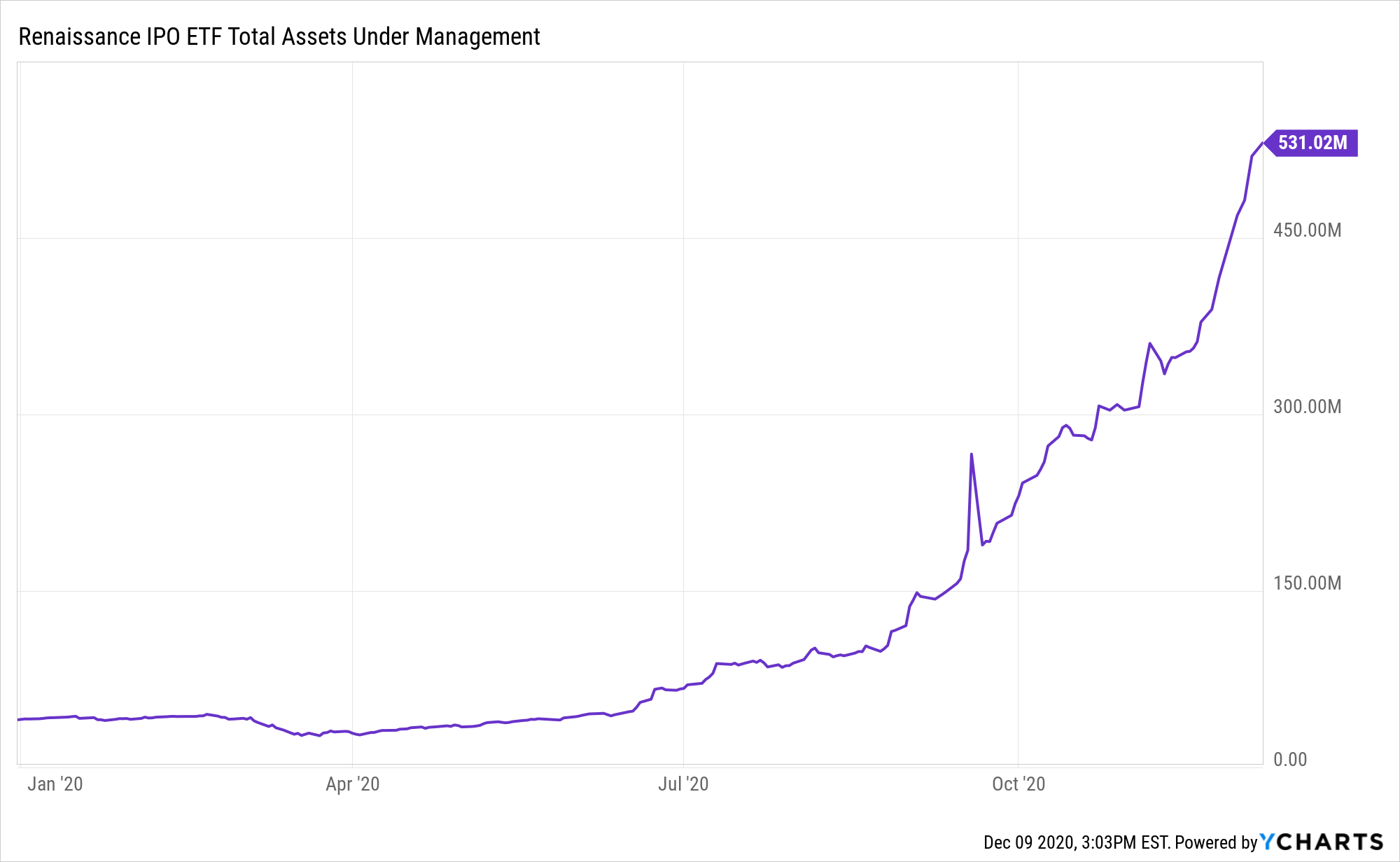 One other development that has caught my attention is what’s going on in the trillion-dollar club.  FAANG stocks haven’t done a whole lot lately. Amazon, for example, is flat over the last five months. The only stock that’s beaten the S&P 500 over the last 5 months is Apple. I’m obviously guilty of cherry-picking here. Every one of these stocks has destroyed the index in 2020. My point is, or my question rather, are we about to see a breakdown? 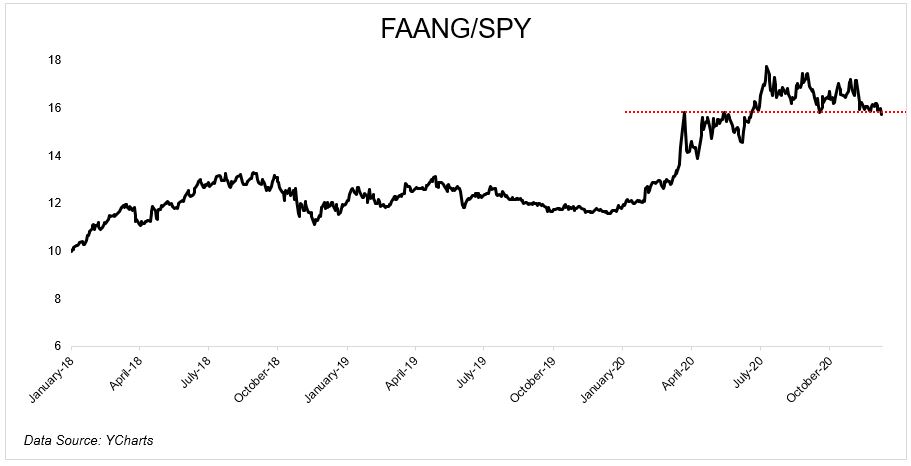 I like to play technical analysis every now and then, and this sure looks like a decently drawn line if I do say so myself. Former resistance became support, and that support is now being violated. Of course, this could be the patented false breakdown, in which case delete this post from your memory.

The behemoths are getting sold while the rest of the market catches up, and the indexes, except for today, have chugged higher. I would say this is about as bullish a development as any market participant could have hoped for.

Is this Fed-induced? Maybe. Are investors getting out over their skis? Possibly. Whatever your feelings are about where the market goes from here, you can’t deny that right now, it’s party time.