The stock market has been bending for the last week or two. Today it’s breaking.

The headlines are all about Evergrande, the most indebted property developer in the world. It sounds like they’re buckling under the weight of their liabilities and aren’t able to make their lenders whole.

They have $300 billion worth of debt that we know about, and the concerns are that a deleveraging could spill over into other areas of the market. As the saying goes, “there is never just one cockroach in the kitchen*,”

I’m hardly an expert on Evergrand**. Before two weeks ago, I didn’t know this company existed. I do know, however, what a market selloff looks like, and this ain’t it. The S&P 500 is, wait for it, 5% off its all-time highs and is still up 17% on the year.

It feels worse than it is because things have been so calm for so long. The last time the S&P 500 fell 2% in a day was back in May.

The index has been within 5% of its all-time high for the last 220 days. This streak, which looks like it’s coming to an end, is the 8th longest, going back to 1950. 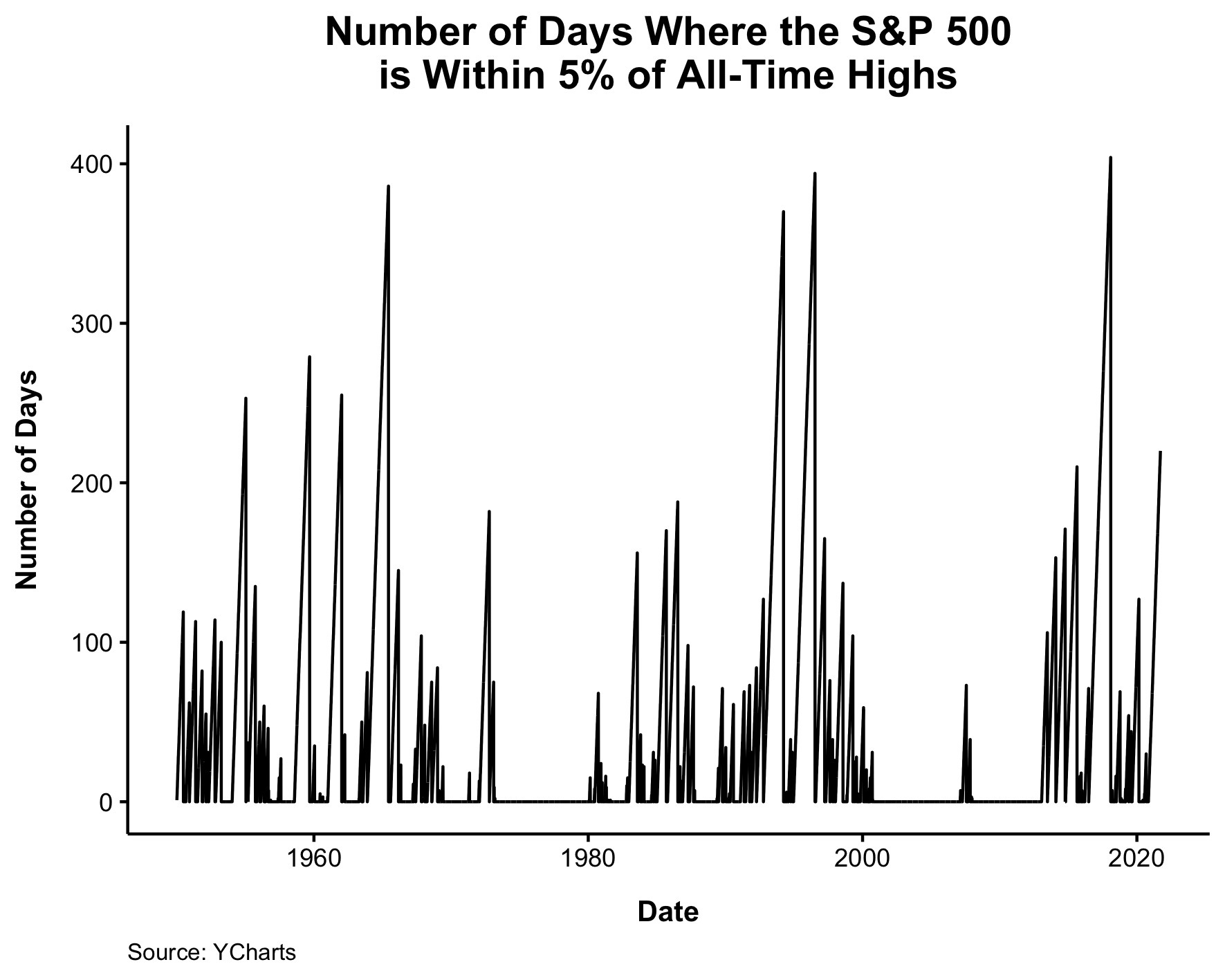 If the collective wisdom thought this was the next Lehman, stocks would be down more than 2%. A fair counterpoint could be that the stock market is not omniscient. There were risks to the financial system well before stocks crashed in 2007. We didn’t know the extent of how bad things were until it was too later.

Fine. Fair enough. All I’m saying is, wait, what am I saying? Oh yeah. Come on. How many times are we going to play the game of “is ___ the next Lehman?”

I don’t mean to minimize the risk that Evergrande might pose to the market, but the truth is sometimes people just need a reason to sell. “Stocks are down because whatever” doesn’t satisfy our need to make sense of everything, so you’re never going to see that in the headlines.

Things have been way too easy over the last few months. Investors have gotten too comfortable. If a troubled real estate developer in China is the excuse we need to remind ourselves what risk looks like, then so be it. Keep calm and carry on.

*Sometimes there is just one cockroach. Archegos, for example.

**If you want to learn more about what’s going on you can listen to Tracy and Joe, or read this or this