A wise man once said, “Stocks usually go up.” This is true, most of the time. We’re in one of those times, however, where the opposite is true. In September, stocks usually go down.

It’s the only month where historically, stocks were more likely to be down than up. 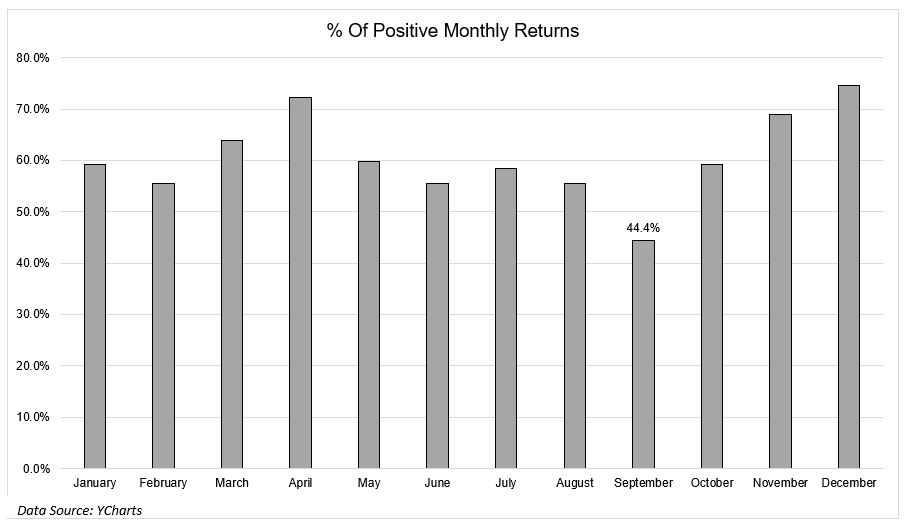 And on average, it’s the only month with negative returns. 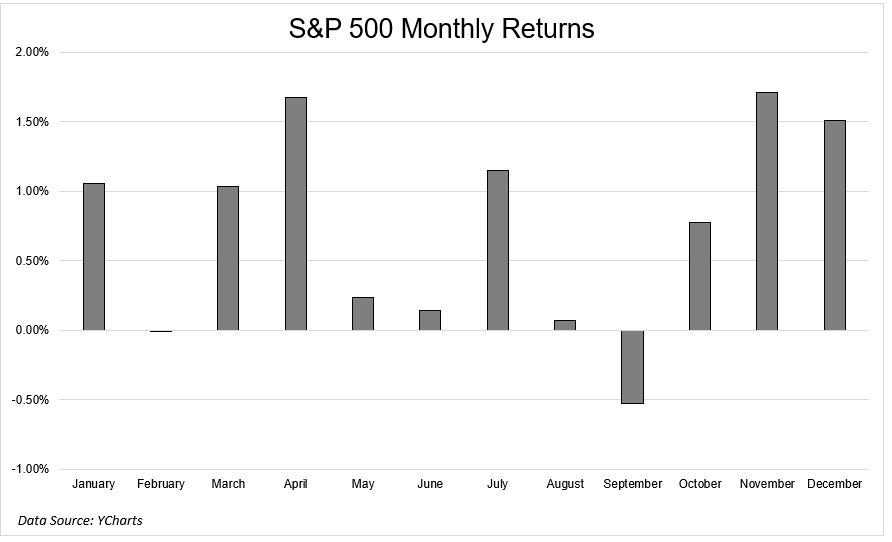 I wanted to take a closer look at the numbers to see if the average was being dragged down by one or two outliers. Nope. September just kinda sucks. 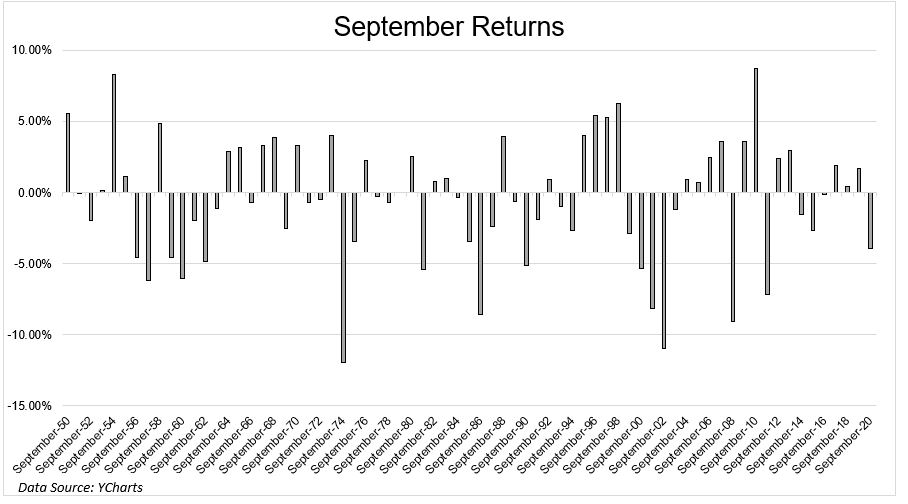 We’re living through what is usually a weak period for stocks. That’s the bad news. The good news is that stocks usually go up in October, November, and December.

Josh and I got into seasonal weakness and much more on last night’s What Are Your Thoughts?