So this happened today. Technically, it happened in October, but you get the point. Today we found out, officially, what we already knew. Prices of goods and services are going up only. 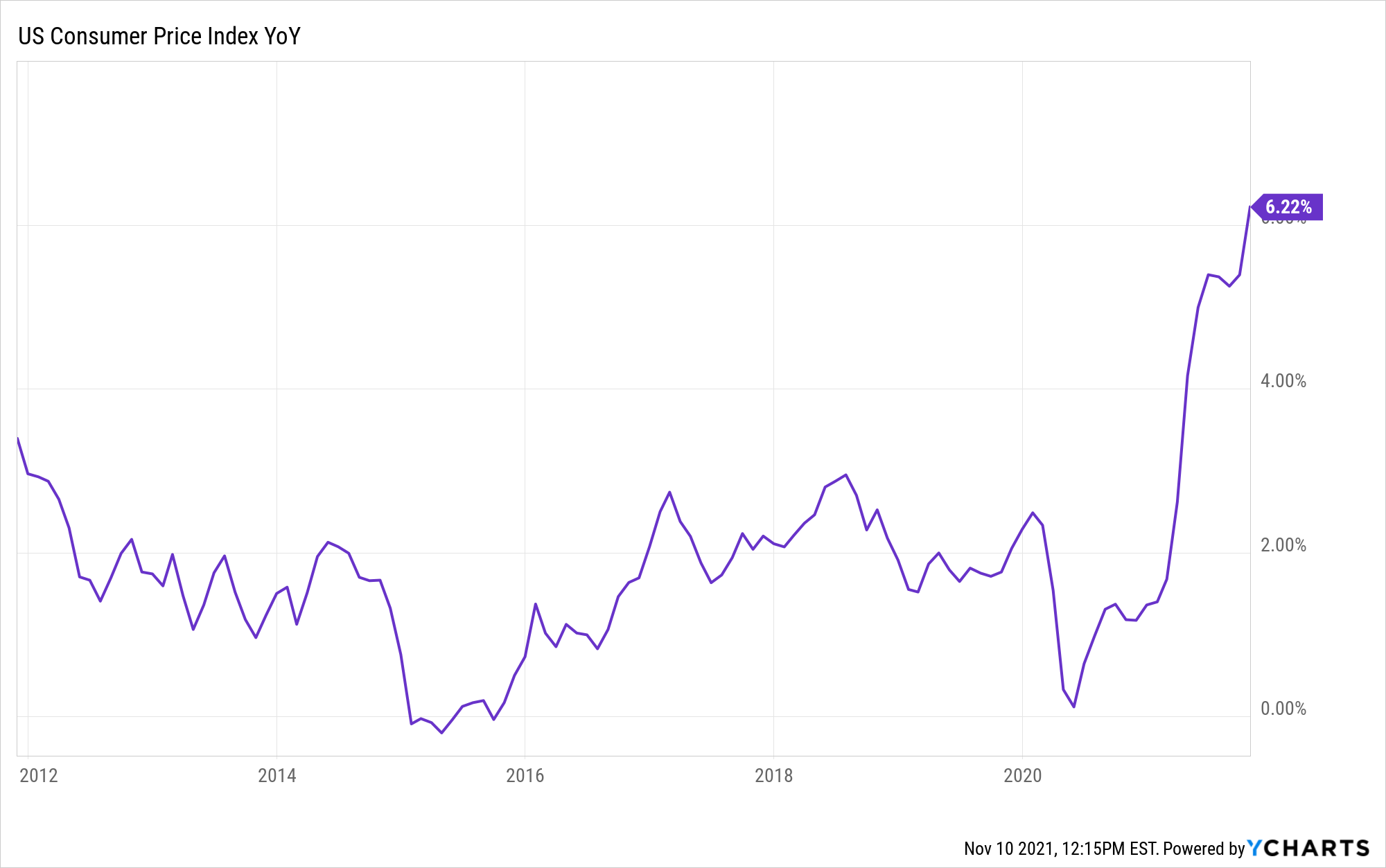 If you stare hard at this chart, you can see when the highest inflation print in 30 years hit the tape. 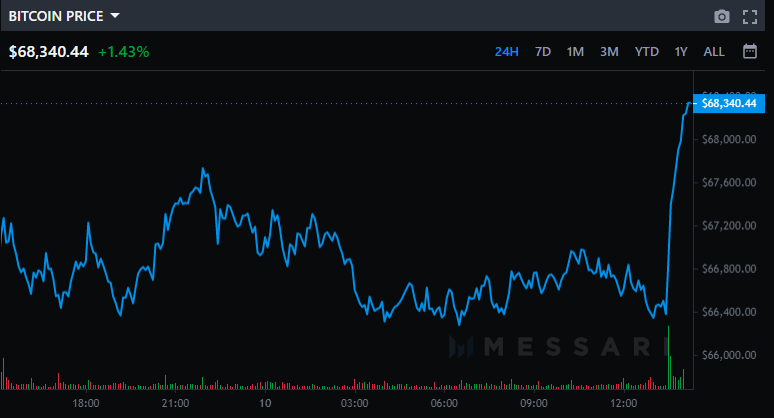 I’m all for not confusing correlation with causation, but in this case, it’s kind of hard to make any interpretation other than inflation up bitcoin up.

I wanted to see how bitcoin has responded to other high inflation prints, so I asked Nick Maggiulli to fire up his data machine. This chart shows bitcoin’s performance in the 24 hours after CPI numbers were released. 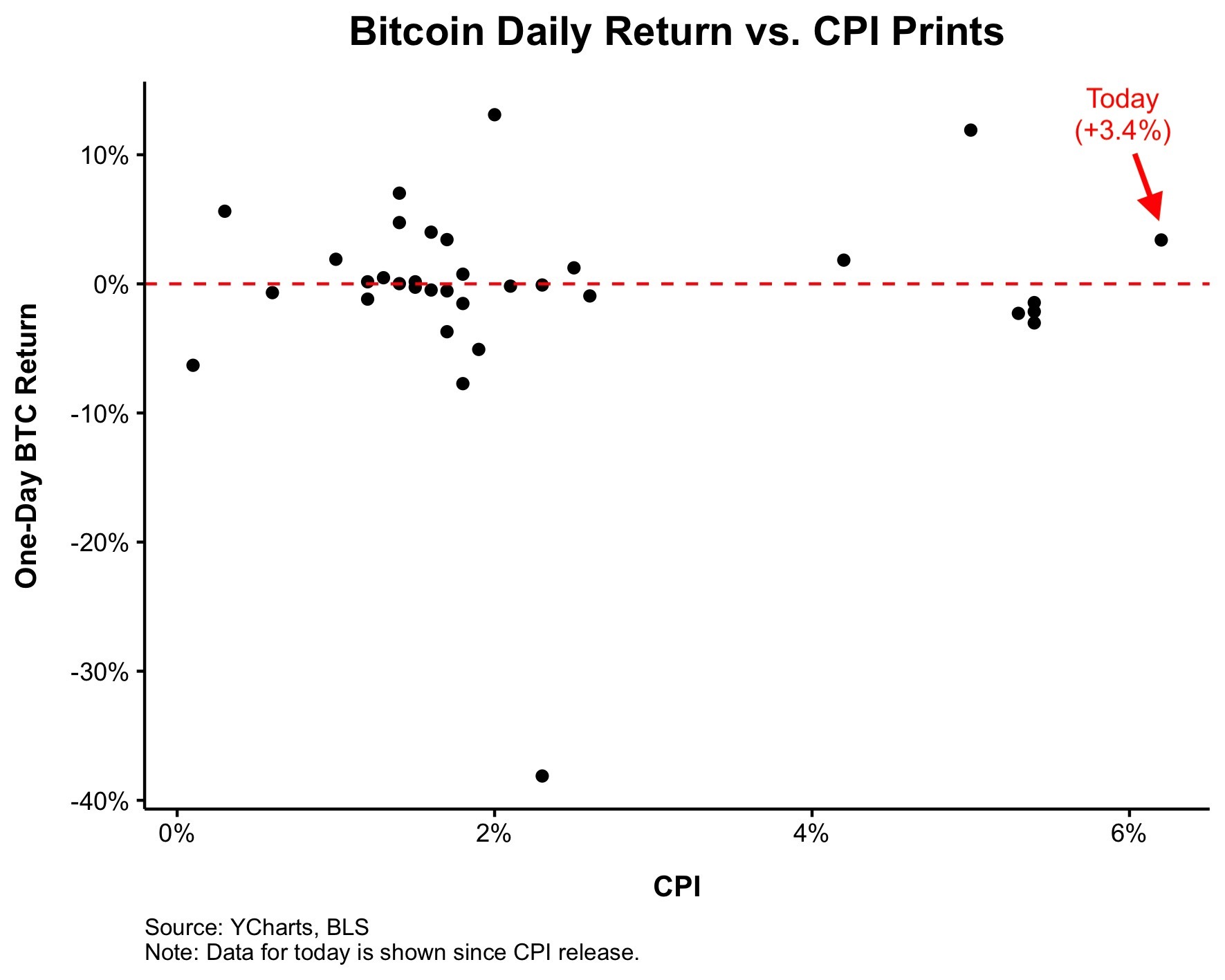 Just eyeballing this, it doesn’t seem like there’s much of a relationship between inflation and bitcoin, at least not in the very short term. Inflation has been running at 5% for the last five months. On four of those five occasions, bitcoin fell 1.5% or more. One more chart to add some color to the situation. The red dots show CPI releases. 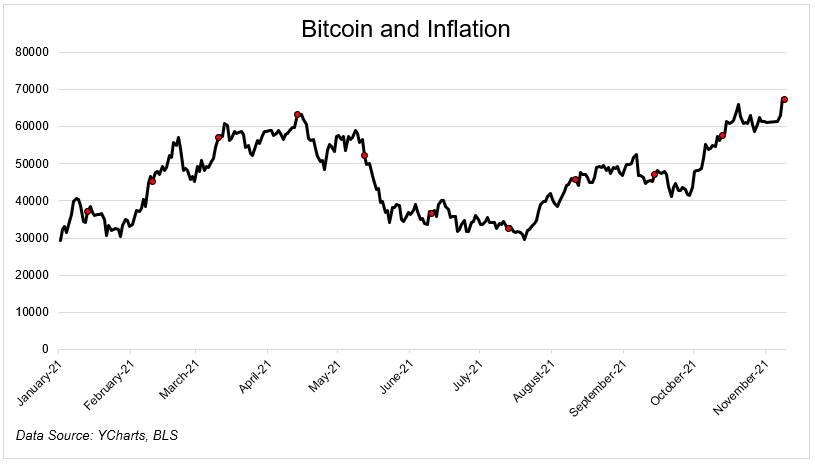 I’m not sure that bitcoin is a good inflation hedge. I get the thesis, and I’m open to it, but I’m not convinced. I also realize that showing returns over 24 hours and trying to draw a conclusion is pointless. I know that the market is smarter than me, and today it’s saying that bitcoin is a good hedge against inflation. You could also argue that the market has been saying this all year. Bitcoin was 30,000 in January. It’s 67,000 today.

There are several plausible explanations for why bitcoin doubled this year. Inflation is probably one of them.