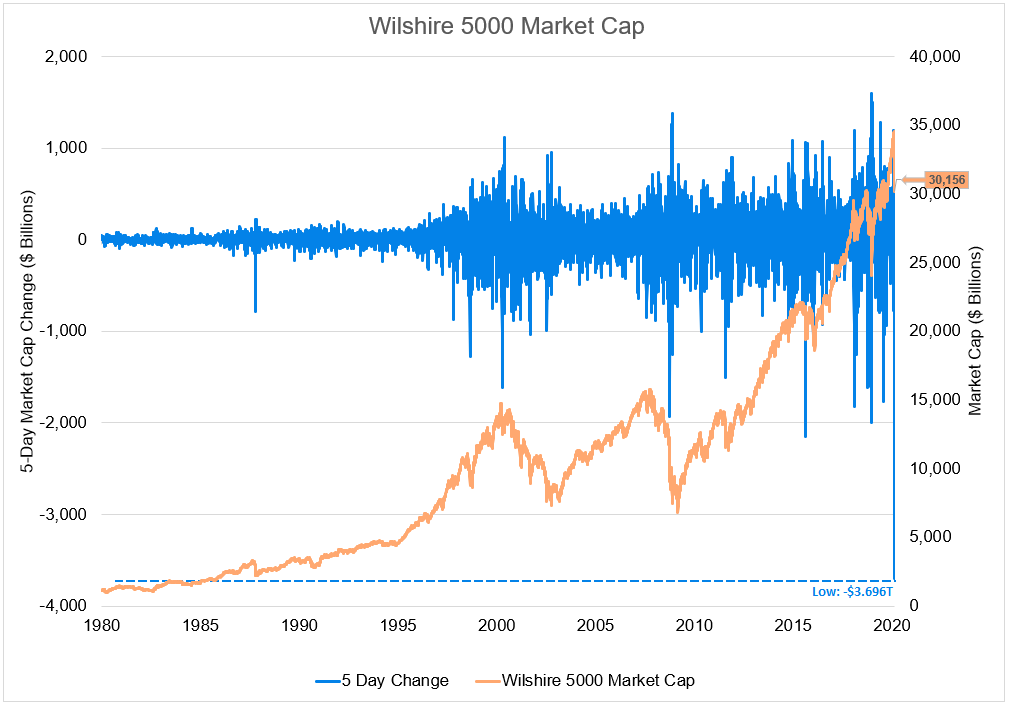 This is the fastest the S&P 500 has ever wiped out 4 months' worth of gains after hitting an all-time high, since 1928.

Retail traders bought a record volume of put options to open last Friday. In other words, bears went ALL IN buying a record number of puts when VIX hit 50. Well done, bears. pic.twitter.com/CTT4ZPC3Qs

Keeping it in perspective pic.twitter.com/OOGtGsHYen

$VOO took in over $1b, while Vgrd as a whole took in over $3b, during the worst two-day decline in the mkt since 2008, with 57 of their ETFs have taking in cash in past week. Even by Vgrd standards that's some impressive, Navy Seals-level discipline.. https://t.co/zotnFHAvv7

Look by sponsor for the week pic.twitter.com/UClWK1GFVi

This % now higher than it was back in 2009 or 2012 the TINA narrative continues – via @SoberLook and @StrategasRP pic.twitter.com/tVhhCaUVvc