When the S&P 500 fell in March last year, it brought Bitcoin down with it. So if stocks can bring down Bitcoin, it’s reasonable to ask if Bitcoin can bring down stocks.*

If you thought the Bitcoin run-up to 60k was emblematic of investor** euphoria, then you probably wondered what would happen if it were to come crashing down. Would that take other high-flying areas of the market down with it?

It might be premature, but as of now, the answer is no. 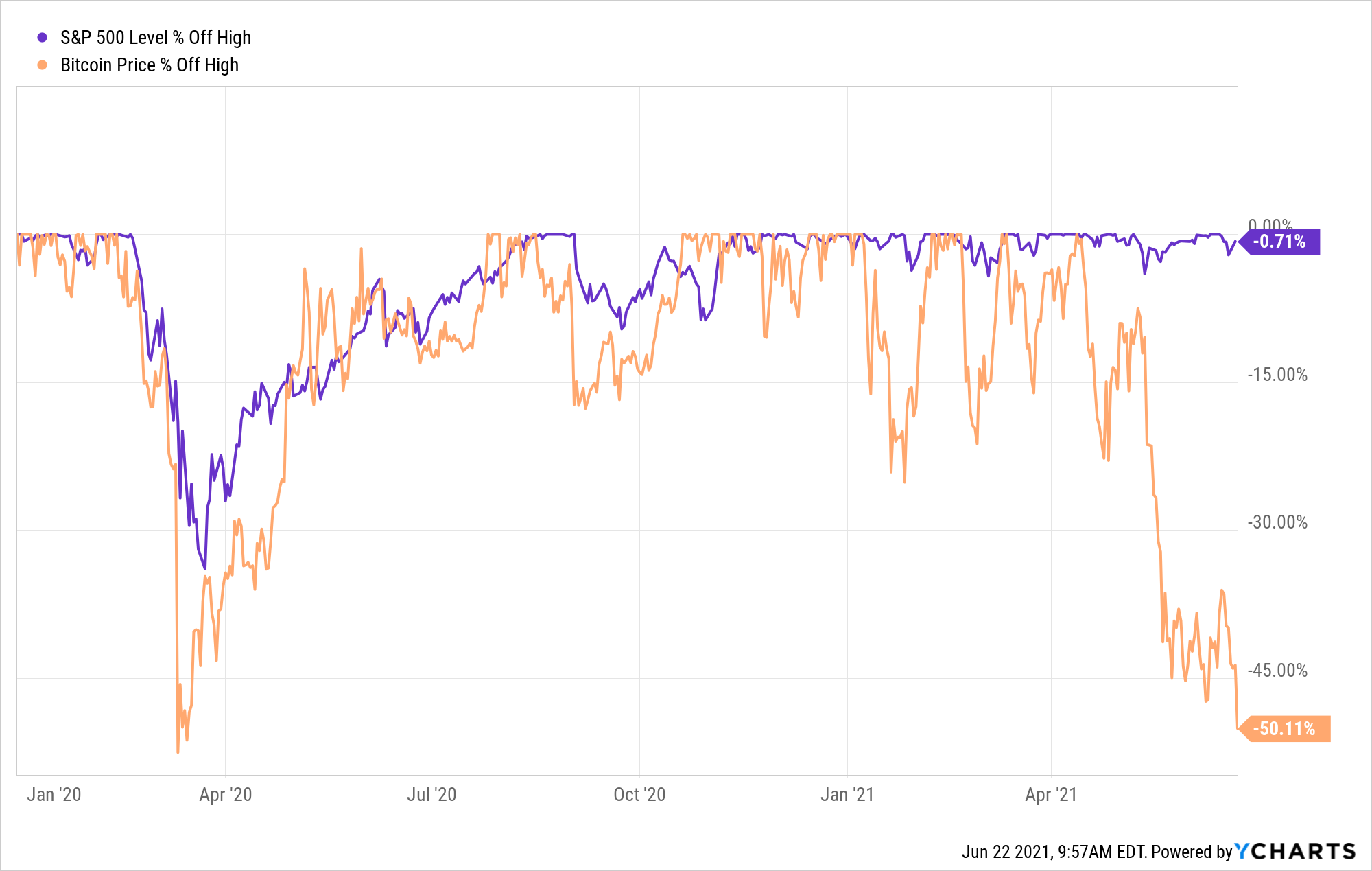 Correlation is not causation, but sometimes it is. For example, I believe that in 2020, it wasn’t a coincidence that people were selling everything at the same time***—stocks, bonds, gold, and yes, crypto.

But now that they’re dumping crypto to the tune of $1.3 trillion in lost assets, will that bleed over into the stock market? Well, the Nasdaq-100 is currently hitting all-time highs, so I think we can put this issue to bed.

But there’s another issue I want to talk about, which is the whole correlation thing. I bought Bitcoin because I thought it was a great way to diversify my equity holdings. I still feel this way. The chart below confirms said feelings. 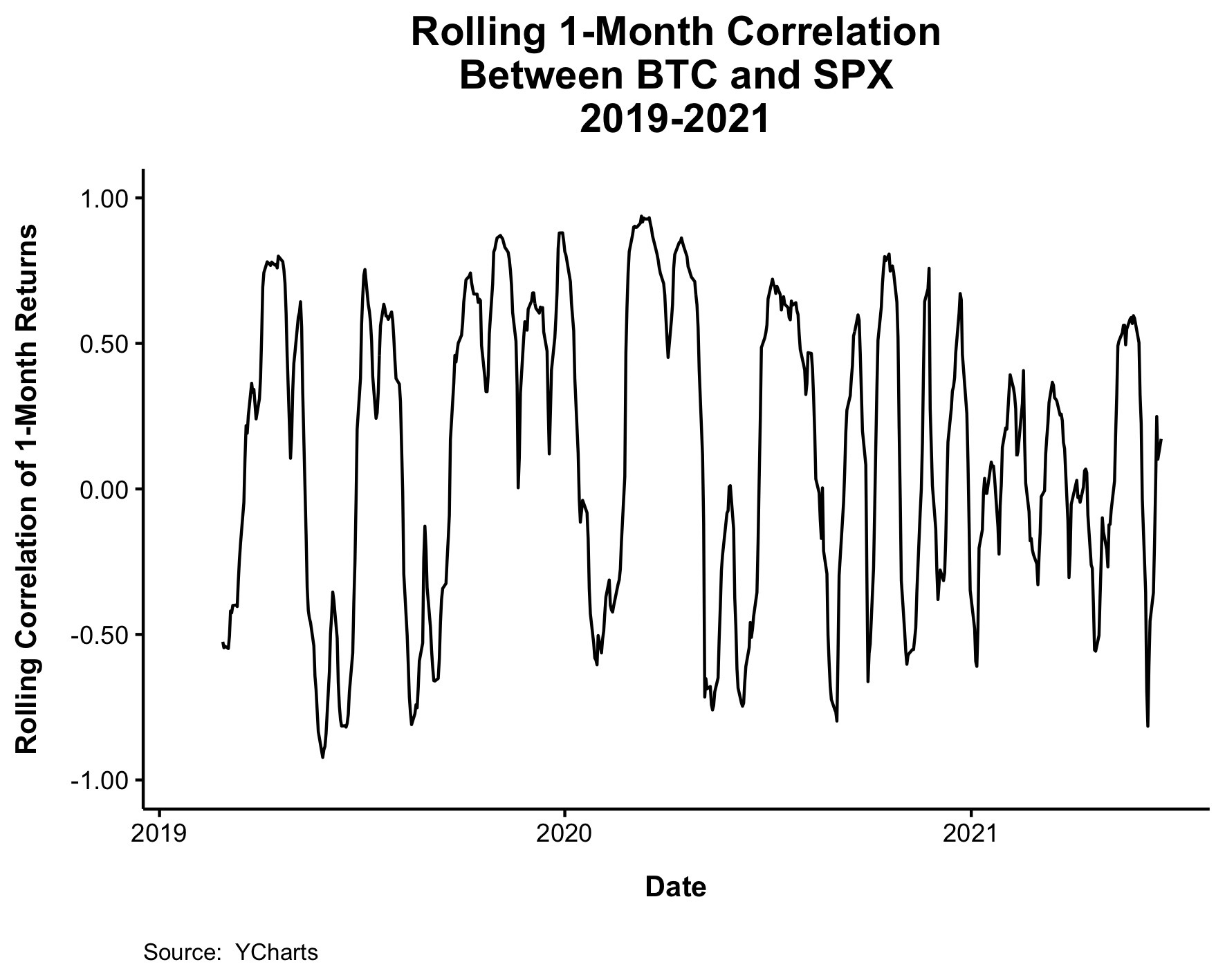 Just because Bitcoin didn’t crash the stock market this time, that doesn’t mean it can’t happen in the future. And if it does, will we really know that one caused the other? Probably not, but sometimes it’s fun to pretend.

*I didn’t think it would, for the record, but it couldn’t be ruled out at the time.

***I know there was a buyer for every seller, but clearly, more people were in line to sell than to buy, which puts downward pressure on any security.

****I’m going to get wholesaler emails because of this line